New Ridley: Have your say on the appeal

As I indicated yesterday, Esh have submitted an appeal to the Planning Inspectorate against NCC's rejection of their application to build 22 houses in New Ridley. If you would like to make a representation about the appeal to the Planning Inspectorate you can do so at http://www.pcs.planningportal.gov.uk/pcsportal/ViewCase.asp?caseid=2213838&coid=115776

The deadline for comments is 8 April, and I encourage anyone with an interest in this case to make representations.

These have all been assembled into a single PDF file which you can download here. Note, it's a 54MB file, so until we get our superfast broadband it could take a little while to download.
Posted at 16:29 8 comments

In my last update I talked about cabinets and BT's rollout plans. There have been some recent developments that merit a further update.

You may have noticed new green boxes sprouting up on pavements around the village. These are the cabinets that will provide the new superfast broadband. Three have appeared on the A695: one outside Boots, one opposite the entrance to Cade Hill Road, and one down by the railway station. Here are a couple of pictures of the new one at Branch End outside Boots. 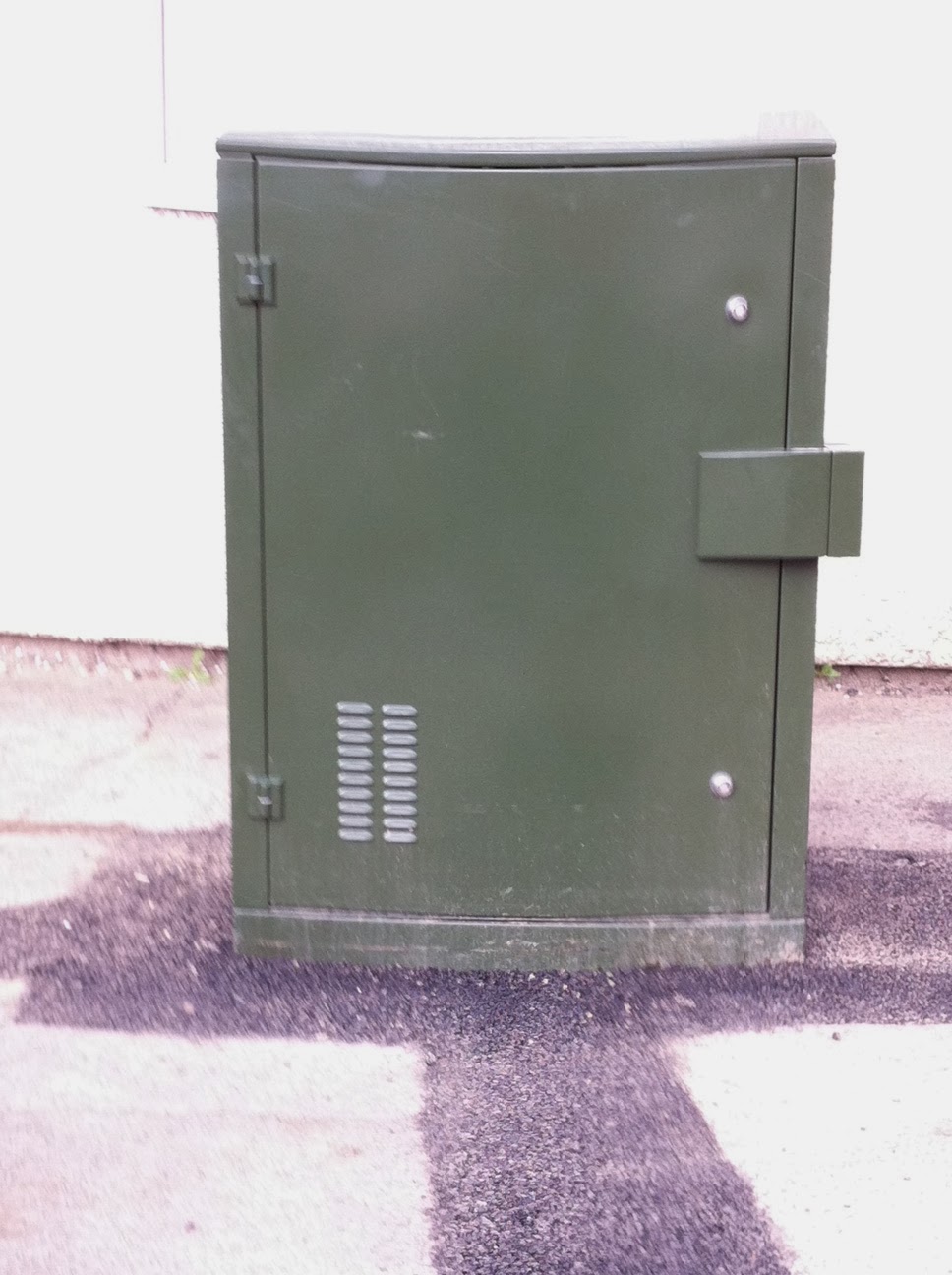 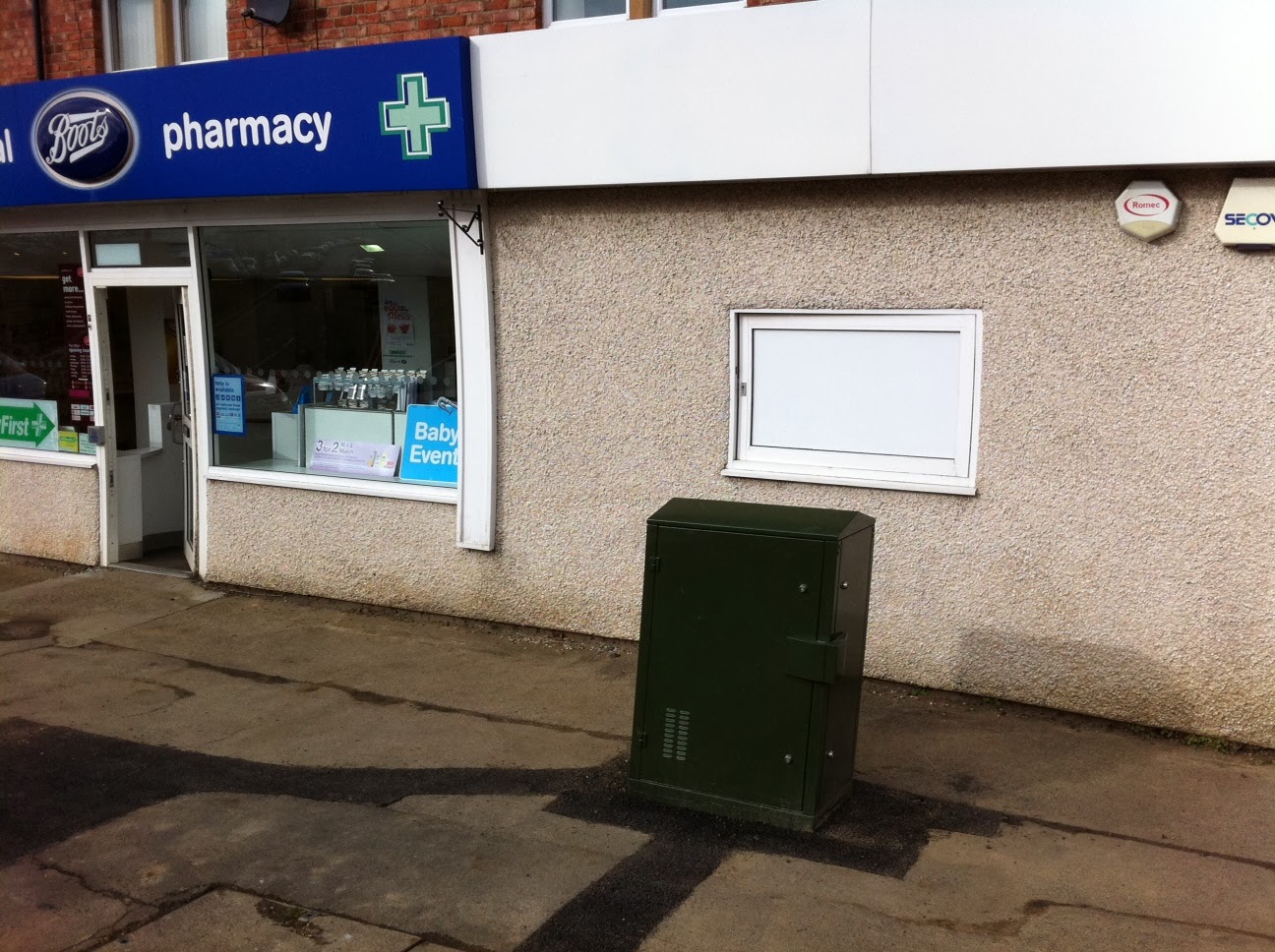 It's not terribly pretty, and I'm not sure why it has been placed so far from the wall, but at least it will be giving us faster broadband!

In the original rollout plans the Stocksfield exchange was scheduled for the fibre optic broadband upgrade in late 2014. Some recent scheduling changes mean that Stocksfield has now been brought forward a quarter and some householders could be benefiting from a superfast connection very soon,  several months earlier than originally anticipated. Details on which cabinets will go live and in what order will be provided nearer the time, but I am working with iNorthumberland to organise a publicity event to take place in April to let residents find out full details of what will be available and when.

No sooner does it look like the superfast broadband rollout is picking up than NCC have decided remove the head of Arch, the company set up to oversee Northumberland's broadband rollout. Anne-Marie Trevelyan from Berwick gave her perspective earlier today:

I am very dismayed by today's announcement that Northumberland County Council have decided to make the recently appointed director at Arch, responsible for broadband rollout, redundant- just as all the key work needs to be done to reach the 90% of premises included in the first rollout, and then work on some clever planning for the last 10% presently not planned for.
Perhaps the Labour administration's focus on making these bad budget cut decisions (which will have longterm negative impact on the future economic development of rural Northumberland), explains why no-one from County Hall was lobbying Westminster to ask for a fair proportion of the next £250 million announced today.
Due to Labour councillors' lack of interest in the economic future of rural Northumberland, we have only been allocated £650,000- against North Yorkshire's £10million or Durham's £3.8 million.  When will our elected representatives start fighting our corner?
I have written to the Secretary of State, Maria Miller MP, at DCMS today to try to find out why we have had such a poor commitment, & what we can do to access more funding, since we have one of the hardest to reach areas left to get broadband to in Northumberland.  Funds should flow to these areas rather than to those easy-to-fulfil (& probably economic for BT anyway) through expected growth.
Rural Northumberland deserves a better deal & a fair share of resources from local & central Government.

All Comments
Tweets by @DrPaulVickers